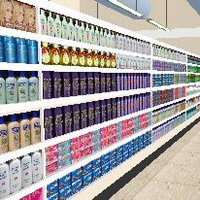 "Against Pluralism" is an essay by Hal Foster in the 1980s in which he makes the case that the current "all is permitted, nothing means jack-shit" supermarket-mentality of the art world is falsely liberating; that it is an illusory freedom; that it actually cloaks sinister conservatism and even fascism just beneath the variety-show surface. an image of art finally and completely succumbing to consumerism, losing all of its vitality, much less subversive power.

some may consider Hal to be a rigid old modernist who needs to "lighten up", but to me this piece of writing is as crucial as ever now in 2006:

my mind keeps going there when I'm in some new gallery space staring at paintings that look like T-shirt graphics, or photos of drunk people, or installations involving hundreds of ball-point pen portraits drawn on bar napkins...

it's ironic innit? the collapse of cohesive discourse in the academic establishment signaling fascism... but it kind of makes sense to me.

my through and through populist friends dissagree completely. To these anti-academics who are quick to shout "Elitism" and "Ivory Tower", the current "whatever it's all good" art world is an image of the triumph of the common man...

from the second part of Against Pluralism entitled "A state of Grace?":

"... (Pluralism) is a situation that grants a kind of equivalence; art of many sorts is made to seem more or less equal - equally (un)important. Art becomes an arena not of dialectical dialogue but of vested interests, of licensed sects: in lieu of culture we have cults. The result is an eccentricity that leads, in art as in politics, to a new conformity: pluralism as an institution.

Posed as a freedom to choose, the pluralist position plays right into the ideology of the "free market" ... Indeed, the freedom of art today is announced by some as the "end of ideology" and the "end of the dialectic"- an announcement that, however naive, makes this ideology all the more devious. In effect, the demise of one style (e.e., minimalism) or one type of criticism (e.e., formalism) or even one period (e.g., late modernism) tends to be mistaken for the death of all such formulations. Such a death is vital to pluralism: for with ideology and dialectic somehow slain, we enter a state that seems like grace, a state that allows, extraordinarily, for all styles - pluralism. Such innocence in the face of history implies a serious misconstrual of the historicity of art and society. It also implies a failure of criticism.

When formalism prevailed, art tended to be self-critical. ... When formalism fell, even this attitude was largely lost. Free before of other discourses, art now seemed free from its own discourse. and soon it appeared that all criticism, once so crucial to art practice, had lost its cogency. ... We are free - of what, we think we know. But where are we left? The present in art has a strange form, at once full and empty, and a strange tense, a sort of neo-now moment of "arriere-avant-gardism." Many artists borrow promiscuously from both historical and modern art. But these references rarely engage the source - let alone the present - deeply. And the typical artist is often "foot-loose in time, culture and metaphor": a dilettante because he thinks that , as he entertains the past, he is beyond the exigency of the present; a dunce because he assumes a delusion; and a dangling man because historical moment - our present problematic - is lost.

Modern art ENGAGED historical forms, often in order to deconstruct them. Our new art tends to ASSUME historical forms - out of context and reified. Parodic or straight, these quotations plead for the importance, even the traditional status, of the new art. In certain quarters this is seen as a "return to history"; but it is in fact a profoundly ahistorical enterprise, and the result is often "aesthetic pleasure as false consciousness, or vice versa".

This "return to history" is ahistorical for three reasons: the context of history is disregarded, its continuum is disavowed, and conflictual forms of art and modes of production are falsely resolved in pastiche. Neither the specificity of the past nor the necessity of the present is heeded. Such a disregard makes the return to history also seem to be a liberation from history. And today many artists do feel that, free of history, they are able to use it as they wish. ...

To be unaware of historical or social limits is not to be free of them; one is all the more subjected. ... So it is that the freedom of art today is forced (both false and compelled): a willful naivete that masquerades as jouissance, a promiscuity misconceived as pleasure. Marcuse noted how the old tactics of (sexual) liberation, so subversive in a society of production, have come to serve the status quo of our society of consumption: he termed this "repressive desublimation." Similarly, pluralism in art signals a form of tolerance that does not threaten the status quo.

... Art became skittishly stylish - everyone had to be different... in the same way. ... as Adorno remarked, "the official culture's pretense of individualism...necessarily increases in proportion to the liquidation of the individual." Meanwhile, the conventions of art are not in decline but in extraordinary expansion. ...

... an art of "effect"... cannot escape its own condition of hysterical futility. It strains for effects only to degenerate into postures, and these postures have no relief: the emerge flat and ephemeral...

... The victim here is not the historicist model of an autonomous, causal line of "influence," but rather the dialectical model that demands radical, materialist innovation. It is this history that tends to be denied, only to be replaced by history as a monument (or ruin) - a store of styles, symbols, etc., to plunder... Rather than explore this condition of cliched styles and prescriptive codes (as Barthes and Derrida have done), many artists today merely exploit it, and either produce images that are easy to consume or indulge in stylistic references - often in such a way that the past is entertained precisely as publicity. The artist innocent today is a dilettante who, bound to modernist irony, flaunts alienation as if it were freedom. "

this essay has made me realize that in recently years, just as often as I have been disgusted with so much crap being shown, that I have been too easily seduced by the superficially tasteful and pretty.

what's more, I realize that I too have delighted in the irresponsible plunder of history, and the thoughtless mix'n'match of signifiers for mere effect.

I too have felt the "illusory freedom" afforded by this state of affairs - "hey look I can just put these Victorian patterns on top of these images of break-dancers and it looks cool and it's OK!"
Posted by zhao at 10:12 AM

Hey,
that was a really interesting read. I am not an art expert, but that essay you quoted certainly chimed with me too.

On a more general bitchy note..
I've met a fair few artists in my time and
how can I put it. Seemingly aloof yet desperately "inner circle" egos abound to put it mildly.
Plus we get shitheap load of annoying know-it-all eurotrash here in London. I rem at a party telling this girl of some beautiful Bhuddist stone pathways I'd recently walked by in the Himalayas. She, with deliberate dugup pale skin, retorted "Ya, I just visited Auschwitz, and ze architecture was just fantastic" NEXT...

haha good story which captures this personality type acurately. people don't know how to listen, which is an essential skill in the too-often-lost art of conversation.

I think the art world is deceitful in the sense that it is seemingly all about ideas and beauty and awareness and consciousness, but in reality it is an industry which exists in the context of "late capitalism", and is just as much about money as any other industry. it breeds not only careerists and opportunists but also a particular kind of self agrandizing, self congratulatory ego-mania.

but I'm not all that bitter about the art world yet - there are many good things about it in comparison to other industries like fashion, advertising or music.

"ignorance of your own culture isn't considered cool"

This sentence by the American music group The Resident has it all for me - learn, what your own culture is, step outside and see how others are. The American way of life is getting around nearly everywhere - and if you want to step out from it, you're called an oldtimer or a future blockader. I don't care.

The art world was always some elite circle, right? But I love the way the early Dadaists stepped out from it, doing an open Cabaret and bringing disparate elements together - so that EVERYBODY can comment, and you don't have to study it to tell what they're doing.

PS: amateurish comment, I know, but I am an professional amateur in every sense...

zhao said...
This comment has been removed by a blog administrator.
12:56 PM

the following is from a good friend, via email - I took the liberty of posting it here because it is important reading:

I do have some sympathies with your position. I’ve been on the blunt end of relativism in arguments before and have found it to be a frustrating proposition. In specific, I have problems in arguments with equivocating on morality most of all.

However, I think you are mistaken about my “populist” position. I would argue, above all else, that my populist sympathies, in general, have less to do with approving the works of art that you allude to than as a corrective to the limiting and strident terms of Great Art as set out by modernism and its progeny.

I guess I would rather endure the “fascism” of the open system of postmodernism than suffer the tyranny of the antisubjective modernism. Postmodernity and inclusion, with all its (acknowledged) limitations, are better ways to describe art, life, etc., for me.

Just acknowledging mere posture or slapdash reference doesn’t make great art to me, and I’m not ready to equate all art as equal or even good. It’s not. I have low tolerance/low interest in much of the stylish art that can be seen in galleries round town. But that doesn’t mean that I consent to acknowledge and affirm your hierarchy or any other, on what art “is.” I mean who is to say what options should be endorsed, curated, etc. and which should not? Intuition? Experience? Not enough for me.

This need not squelch debate, though. In factI think people are more aware of art and its constructions than ever before and that there are higher standards now for ideas such as subversion. I applaud true subversion in art and elsewhere, but I don’t think subversion needs to be tied to the Foster’s definition or any other to work as such.

So yes, in the end, I will have to cede to an old saw—De gustibus non est disputandum—and disagree, not surprisingly but not anonymously.